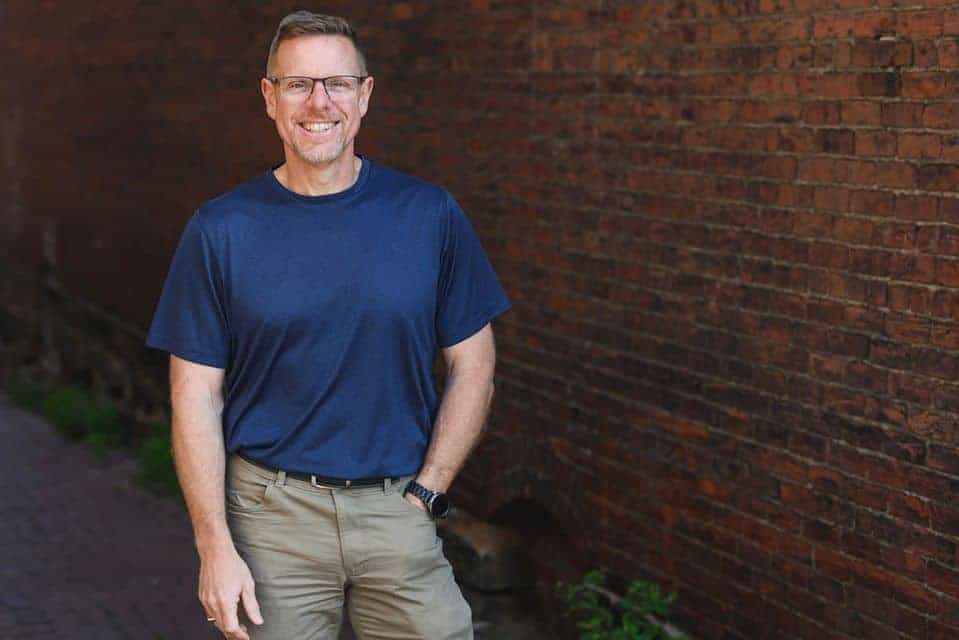 “Very few people who have ever died actually get a chance to tell you their story. For Tim Campbell, Chief Visionary Officer of Dearman Moving and Storage, it’s a story he’s grateful to be able to tell.”

“I’ve always been this controlling, Type-A personality,” Tim relates. “And I had so many plates that I was spinning, and I felt like it fell on only ME to keep them all in the air—sales, marketing, advertising, managing the crews, finances. All of those were my responsibility. The stress of it all had turned me into a very disagreeable person. I was just angry all the time. I’d wake up and my kids and my wife would just kind of get out of the way. All of the anger and frustration, I’d project it onto everyone around me. Even the dog wasn’t safe!”

All of the stress caught up with Tim in early 2012…ironically enough, at one of the happiest times of the year—Girl Scout Cookie delivery time! Well, happy for most of us, but exceptionally stressful if you’re in charge of coordinating the deliveries of thousands of boxes of Thin Mints, Trefoils, Tagalongs, Samoas, and all the rest. “It was probably one of the busiest days of the winter,” Tim recalls. Stressors at home and at work had begun to affect not just his attitude and his demeanor, but now his health, as well.

Though he had previously gone through some tests and had been declared in good health by his doctors, Tim knew for some time that everything wasn’t quite right. Spells of dizziness and lightheadedness, shortness of breath, worrisome chest pains—but these were manageable with a brief rest and, incongruously, a few Tums. Tim says of that particular morning, “I was already angry, and I felt one of the spells coming on, but I’m thinking I’m just gonna push through it. Not gonna let these control me anymore.”

And then…the heart attack. One so severe that it has a name. The widow-maker. Chance of survival is about 3%-7%, and the likelihood of survival decreases exponentially the longer the wait is for medical care to arrive. “From the time that I collapsed until the time the EMT’s shocked me,” Tim explains, “I was dead exactly ten minutes. Dead.”

He walked out of the hospital five days later.

“One of the things my kids got me while I was in the hospital was a stuffed porcupine,” Tim says with a chuckle, “because I was always just so bristly. But I’m just not that way anymore. I’m low-key, and things don’t agitate me like they used to. Every day now is a gift.”

Tim reflects often on the many ways life has changed for him since that seismic event. “There is so much that I would have missed out on if that had been the end for me. Both of my daughters got married that year. I now have five grandkids that never would have known their grandpa. My relationship with my parents is better than it ever was. My relationship with my brother is better than it ever was. My relationship with my wife, my marriage—literally everything is just better now. I am better. My faith—it has been refreshed and has become super important. There’s a softer side to me now—I can get emotional very easily, and I’m not ashamed. I have peace and joy. Life is good.”

And all those spinning plates? “There are days that I still pick them up,” Tim confesses. “I feel the stress of them. But there are also many MORE days where I don’t even think about them.” Delegating more responsibilities to others and empowering them in the process has been beneficial both to Tim personally and to the company. It has led to a realization. “I’m not indispensable,” Tim admits. “I am replaceable.”

Dying—and living to tell about it—has changed everything.